Posted at 18:48h in news by Joanne Zannoni 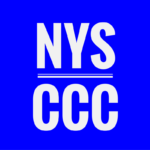 NYSCASA AND NYSCCC STATEMENT IN RESPONSE TO THE STATEWIDE REVIEW OF COMPLIANCE WITH EDUCATION LAW 129 B AND THE RESCINDING 2011 DEAR COLLEAGUE LETTER AND THE 2014 QUESTION & ANSWERS ON TITLE IX AND SEXUAL VIOLENCE.

On Tuesday, September 19, 2017, Governor Cuomo released the preliminary report and raw data of a comprehensive paper review of Education Law Article 129- B higher education compliance. We commend the work done by the New York State Office of Campus Safety (OCS) in partnership with numerous state agencies to review the information submitted by 240 institutions of higher education across New York State. We applaud Governor Cuomo and his office for their commitment to transparency, accountability, and removing barriers to reporting and support services for students.

In sharing the report and raw data publicly, the New York State Coalition Against Sexual Assault (NYSCASA) and the New York State Campus Consent Consortium (NYSCCC) can work with rape crisis center organizations, students, and culturally specific organizations to help support non-compliant institutions in developing action plans to address compliance issues and strengthen a university’s prevention and response to collegiate sexual violence. Although the passing of ‘Enough is Enough’ encouraged students to report sexual victimization, there is always room for improvement. By sharing each university’s designation as compliant, significantly compliant, and non-compliant, students are given the information they need to lead and hold their institutions accountable. Releasing this report and data also builds trust with students—demonstrating to students in New York that there is active oversight of their institution’s sexual violence policies and procedures.

Governor Cuomo’s leadership in promoting accountability stands in sharp contrast to the U.S. Department of Education and Betsy DeVos’s work on collegiate sexual assault. On September 7, NYSCASA authored a statement in collaboration with the New York City Alliance Against Sexual Assault discussing the rolling back of transparency and accountability measures by the Department of Education. Specifically, we discussed the discontinuation of a rule which allowed the Department of Education’s Office of Civil Rights to investigate systemic issues. In the New York audit report, the Office for Campus Safety commits itself to “[identifying] deficiencies that may present a widespread pattern” of noncompliance. We are hopeful that New York’s leadership will direct the efforts of states and colleges nationwide.

NYSCASA and the NYSCCC congratulate the reviewers of the audit as well as the leadership of the Office for Campus Safety for prioritizing the needs of students and survivors. It is clear from the audit report that OCS reviewed university policies with the goal of identifying barriers to student reporting and access to services. We are particularly proud of OCS’s recognition of institutions who have entered into a Memorandum of Understanding with their local rape crisis program. We hope that institutions that previously hesitated to sign MOUs will heed the advice of OCS to provide students with appropriate, high-quality care.

NYSCASA and the NYSCCC are committed to continuing to work with the Governor’s office and the Office for Campus Safety in addressing the results of the audit and developing structures to promote continual compliance. We believe this audit sets a powerful national precedent for students’ rights, accountability, and transparency.

The abrupt changes to federal sexual assault guidance released on Friday, greatly concern NYSCASA and the NYSCCC. By rescinding the 2011 Dear Colleague Letter and the 2014 Questions and Answers on Title IX and Sexual Violence document, the Department of Education is signaling to survivors of collegiate sexual violence that we are entering into a period of laxer protections. Despite the lack of federal leadership on this issue, New York State students can rely on their Student Bill of Rights as well as other civil rights protections enumerated in New York State’s college sexual assault law.

We believe that the results of this audit show that New York is providing federal leadership on college sexual assault, student rights, and best practices in prevention and response to sexual misconduct.