Webinar: The Untold Story: Trafficking in the Black Community

25 Sep Webinar: The Untold Story: Trafficking in the Black Community

Moderated by Umi Hankins, Senior Consultant for Ujima, Inc.: The National Center on Violence Against Women in the Black Community

Presented by Ujima, Inc.: The National Center on Violence Against Women in the Black Community 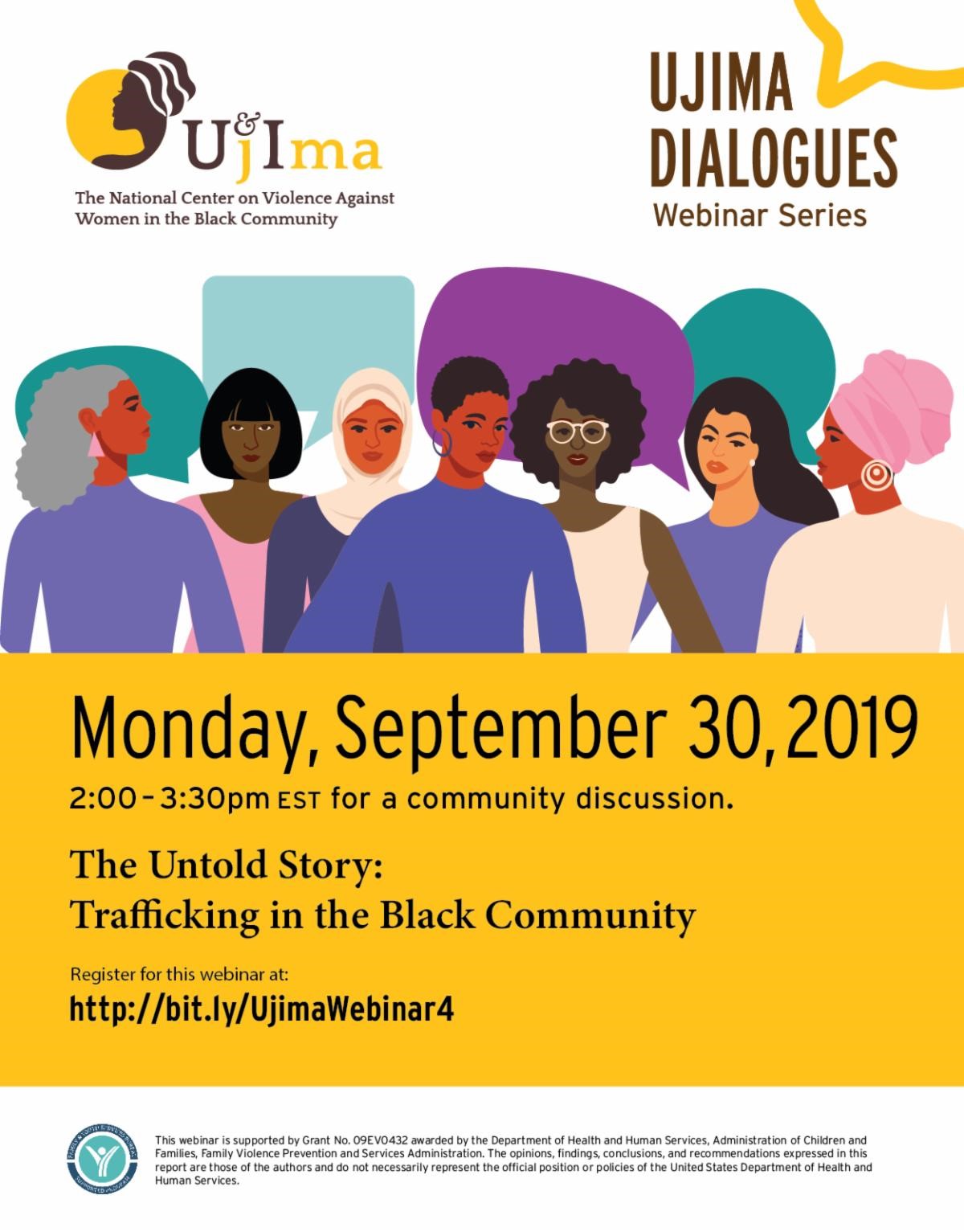 Domestic Minor Sex Trafficking (DMST) is defined in the Trafficking Victims Protection Act, as the “recruitment, harboring, transportation, provision, or obtaining of a person for the purpose of a commercial sex act” where the victim is a U.S. citizen or lawful permanent resident under the age of 18. In 2018, Essence Magazine reported that more than 14,000 calls were made to the National Human Trafficking Hotline. Forty percent (40%) of victims of human trafficking are African-American women and girls. Survivors are often not seen as victims and can be arrested for prostitution instead of being provided with resources. According to the FBI, African-American children comprise 59% of all prostitution arrests for those under 18—more than any other racial group.

Facilitators of this crime are more inclined to subjugate black girls and women because the penalties are often less than penalties for their white counterparts. The “adultifiction” of Black girls can also contribute to the lack of attention to the prevalence of this crime toward black girls. Human trafficking disproportionately subjects Black women and girls to sexual misconduct and violence at alarming rates. Education, deterrence, and awareness in the Black community is imperative to eliminate this crime.