Re-envisioning How We End Sexual and Intimate Partner Violence 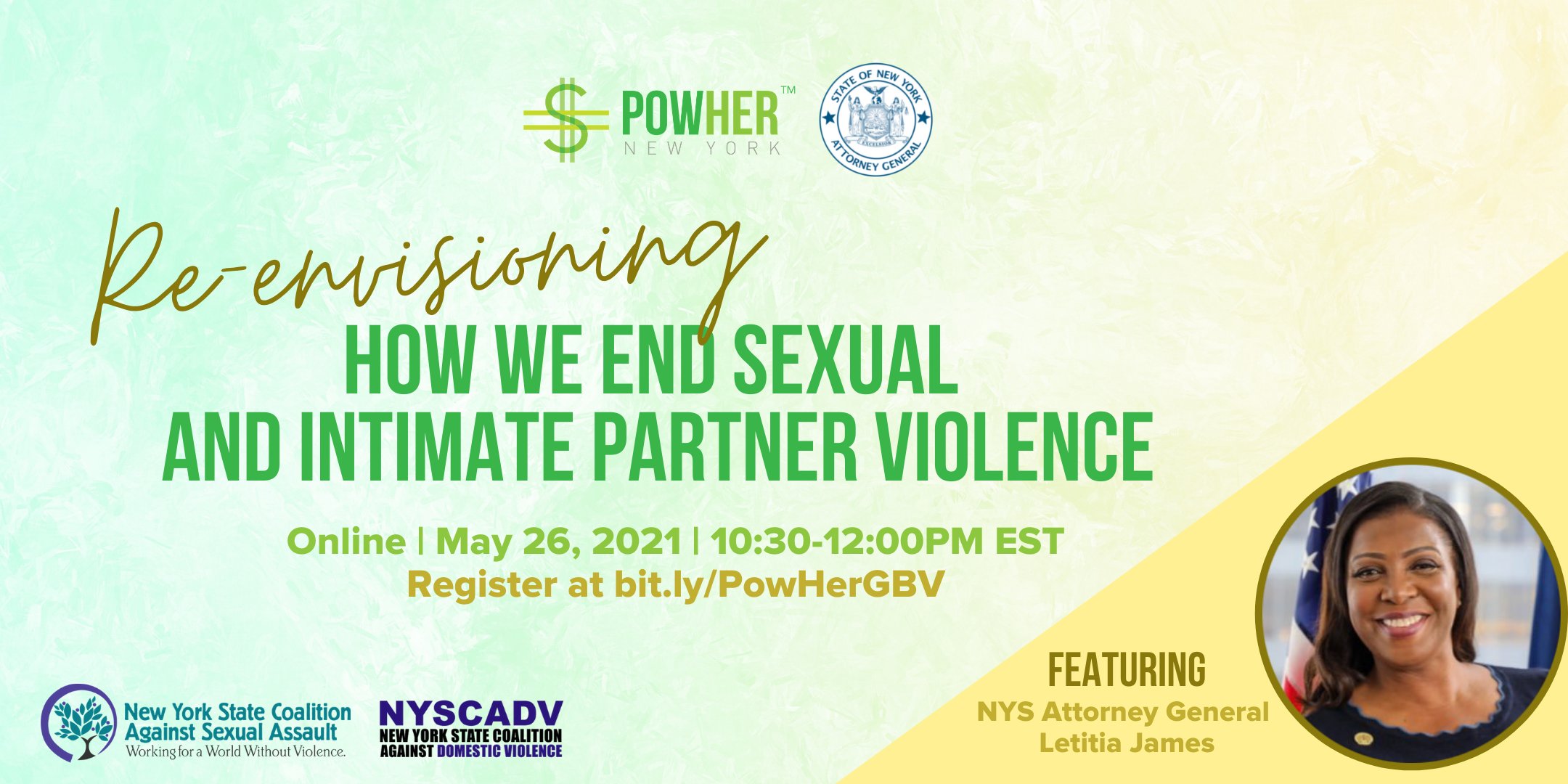 Posted at 16:19h in Events, news by New York State Coalition Against Sexual Assault
May262021 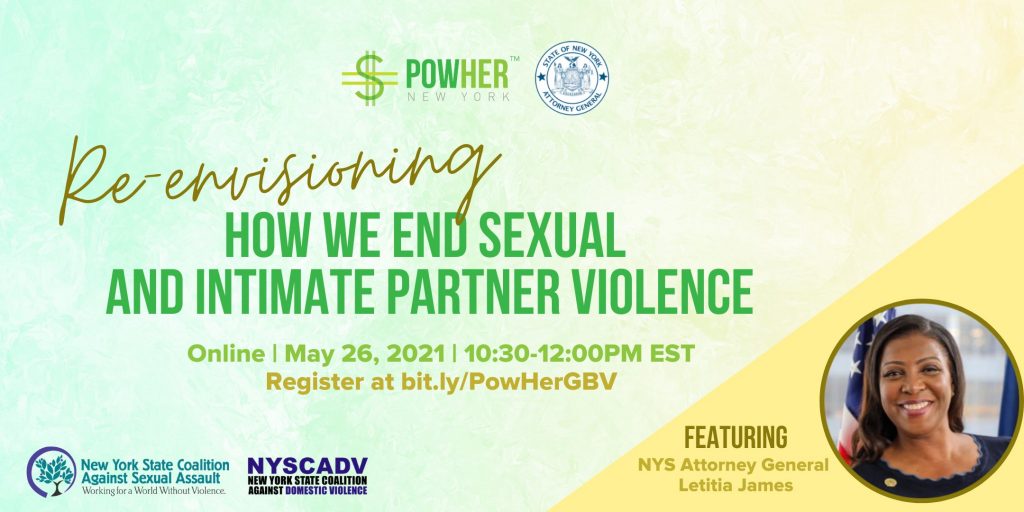 NY needs to be a state where every survivor of gender-based violence is supported. No one response to violence will be able to achieve this.

Re-envisioning How We End Sexual and Intimate Partner Violence, a virtual panel event hosted by the Office of NYS Attorney General Letitia James and PowHer™ New York, will explore how the criminal justice system does not meet the needs of some survivors, particularly those of color, and highlight a few community-based approaches across the state that are survivor-centered and culturally-inclusive.