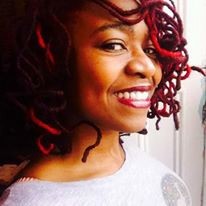 Zoë Flowers is a filmmaker, author, poet, actress, Reiki Master, seasoned domestic violence advocate and writer with the Huffington Post. Her poetry and essays can be found in Stand Our Ground; Poems for Trayvon Martin and Marissa Alexander, Dear Sister: Letters From Survivors of Sexual Assault and several online journals.

Like many young women, Zoë found herself in a dangerous relationship in her early twenties. She ended the relationship but the experience motivated her to be a catalyst for change. She worked at several state domestic violence coalitions where she provided training, technical assistance and domestic violence expertise to local and state domestic violence programs and community partners across the country before dedicating her talents to women of color advocates, survivors and their families as the Director of Survivor Programs for the Women of Color Network Inc.

In 2012, Zoë launched Soul Requirements to combine her artistic projects, domestic violence expertise and holistic healing practice. Since then, she has facilitated individual and group healing sessions to clients across the country and oversees in addition to being a holistic healing consultant for the Joyful Heart Foundation. She has worked with the organization since 2012 on a number of projects and was the lead healer at the trauma center the organization ran after the Newtown tragedy. She is also a member of the foundation’s retreat team where she provides Reiki to survivors of domestic and sexual violence.  As a co-creator of SoulShifting Retreats, Zoë and her Co-maestra Dr. G. Love facilitated life-changing retreats to over 30 participants during the 2016 summer and winter solstices in Puerto Lopez, Ecuador.

In 2004, Zoë Flowers conducted interviews with women of color about their experiences with domestic and sexual violence. From Ashes To Angel's Dust: A Journey Through Womanhood is the book that emerged from those interviews. ASHES - a ChoreoDrama that uses monologues, poems and vignettes to breathe life into the original stories chronicled in Zoë’s book and includes new stories about historical oppression, the media, campus sexual assault, body image, and the journey to self-love. ASHES has had many successful performances across the country including; Yale University’s Fearless Conference on April 9th 2016, The White House’s United State of Women Summit in Washington, DC on June 15, 2016, NCADV’s National Conference: Voices United on October 24, 2016 and Smith College on April 6, 2017.

Now, with more than sixteen years of experience, Zoë has worked nationally and internationally, has appeared on National Public Radio, spoken at Yale University, Springfield College and Smith College on the issues of domestic and sexual violence and has now added filmmaking, producing and directing to her resume. She wrote the screenplay and began filming her 1st movie Rode this summer. The film is already slated for screening at Smith College and the Newark Music Festival in 2018.

JEFF GURKIN-YOUNG
Coming out as an adult has empowered Jeff to discover his passion for working on LGBTQ rights as an advocate.

Jeff has assisted the owner of Arthur Murray in Westchester County, NY to amend their outdated policies on same-sex dancing to make their business more queer friendly. In Nashville, TN, he created a gay bear's social group to build community.  While earning his MBA at Monroe College, he served as the president of Rainbow Alliance, the LGBT club on campus.  While there, the club increased visibility with various projects, added gender neutral bathrooms to every building on both campuses, and marched in NYC's Pride March for the first time.

Currently, Jeff serves as a volunteer facilitator at The Loft LGBTQ Center in White Plains, NY.

Jeff is thrilled to be at Queery, working with his partners to further advocate for LGBTQ rights, visibility and acceptance. He wants to assist in educating people on the various aspects, struggles and triumphs found in Queer Communities.

Born and raised in Brooklyn, NY, Geoff had a creative streak and a love of art since he was old enough to hold a crayon. After 7 years of art school, Geoff found jobs with the American Red Cross and the NYC Board of Education which allowed him to give back to the community. Eventually Geoff found a home in Westchester County where he could write songs and poetry, work in clay as a ceramic artist, and further expand his design talents.

Coming out to the LGBTQ community in 2000 and wanting to further his contribution, Geoff soon connected with The Loft, his local LGBTQ organization. At the start he would present his work at a variety of craft fairs and art exhibits. Years later, Geoff would reconnect with The Loft and create their fresh, new logo. He has continued to volunteer and use his skills designing artwork and logos for a variety of Pride events and group activities, as well as organizing an “Out at the Movies" group and other events.

Geoff is still writing and drawing and creating new art whenever possible. He has now joined with his partners to help create Queery. Through art, multi-media and language, he hopes to draw you in to all that Queery has to offer. Check out how Geoff and his partners are working to improve and expand the knowledge and understanding of those both in and outside our LGBTQ communities.

Starting Westchester County's First LGBTQ Youth Program in 1992, James has had a long commitment in exploring queer culture and its positive effects on the dominant heteronormative culture.

James is the recipient of the 2007 GLSEN Hudson Valley Leadership Award for his work with LGBTQ youth in both Rockland and Westchester Counties where he worked with numerous high schools and colleges on LGBTQ safety. He coordinated the Common Threads Youth Empowerment Retreat for several years in Rockland County where students and advisors as far as Rochester attended annually.  He was on the planning committee at Pride Works, an annual conference held in Westchester County for high school students and their advisors.

Young has had the opportunity to co-design, facilitate and train with PeaceWorks in Reading, PA, working with youth on various isms (i.e., sexism, racism, etc.) and learning more about intersectionality, power and inclusion.

Young is excited to bring his talents and experience to Queery as he is eager to be part of the movement that brings about equality and celebration of diversity using critical thinking and questioning.

There are several nearby parking garages available.  Click here to view a map of these locations.

Food and drink will NOT be provided during this training.  Please tend to your food and drink needs before you arrive and bring any drinks or snacks you might want.